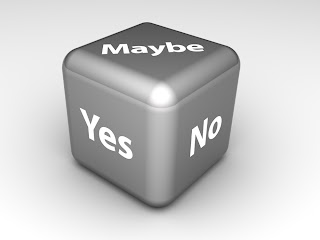 There is an interesting passage about Jesus in Mark 1:21-39. Jesus was in Capernaum where he healed Simon's mother-in-law, and "healed many who had various diseases. He also drove out many demons." Early the next morning Jesus went to a quiet place to pray. When Simon and his companions found Jesus, they told Him, "Everyone is looking for you!"

Jesus' response is surprising. Rather than doing what the disciples expected, and going to those looking for Him, He replied, "Let us go somewhere else - to the nearby villages - so I can preach there also." In other words, He said no to the need and expectations the disciples brought to Him because he had more important missional things He needed to do.

It should not be lost on us that Jesus said "no" to the disciples' expectation after He had spent time with His Father. Jesus was in the habit of regularly taking time to refresh His intimacy with the Father and to pray through those things He should be doing so that His priorities were in alignment with the priorities of the Father.

Most of us love to please others. It makes us feel good because in saying "yes" to others' requests they feel good about us and we feel good about ourselves. We get our cookies by pleasing others!

I once did a consultation with a senior pastor of a large church. I was there because his staff felt he did not pay enough attention to them and to building a strong team. When I probed the pastor about how he spent his time (activity), one of the things I learned was that he made all the hospital calls - in a large church! When I asked why he said, "Because it makes me feel good." At least he was honest. While his activity was 'good,' it was not focused on what his true big rocks were, which included building a strong staff team (results). His team was suffering because of his focus on the wrong activity - for him.

Yes and No are powerful words with powerful results. Saying "yes" to the right things allows us to focus our attention on those key areas that spell success for us. Saying "no" to the wrong things (nice activity that is not strategic for what God has called us to do) is equally powerful. Lots of good and nice activities seek to distract us from what is key for us. Wise people refuse to be sidetracked by the nice at the expense of the important.

Saying "no" is not easy. When I am asked to consider an opportunity, my usual answer is "I will think and pray about it and get back to you. Rarely do I agree on the spot. Often I will consult one of my trusted colleagues for a second opinion on whether the opportunity is one that is truly important. After thinking, praying and considering my schedule and priorities, I will accept or decline.