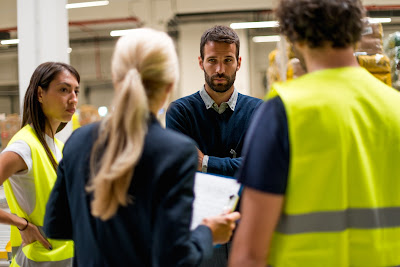 I suspect that many staff would not give their boss or supervisor high marks for their supervisory skills or stewardship. It is true in ministry settings as well as secular settings. I expect that in smaller organizations there might not be as much expertise in this area but poor supervision is found in organizations of all sizes.

Before I share the reasons why I believe this is the case, let me remind you of how I describe the kind of teams that supervisors ought to aspire to. A good team is a group of missionally aligned and healthy individuals working synergistically together under good leadership with accountability for results. When you consider how rare these elements are on teams one has to conclude that there is a problem with the good leadership piece of the equation.

My own work with organizations around these issues has led me to conclude that there are eight principle reasons why leadership and supervision of others is lacking the quality it ought to have.

First, we often put supervisors in their positions without giving them the training in how to build teams, empower people, lead others and resolve conflict to name just a few of the necessary skills. It is foolish to believe that anyone can take the leadership of others without some kind of training as it is a skill to lead. Moving from being an independent producer to an organizational leader is no easy step and without coaching and mentoring many never make the transition.

Second, there is rarely a specific set of expectations that are given supervisors other than the fact that others now report to them. In my book there are at least ten critical issues that leaders of others must pay attention to but how often is the case that no one has clearly laid out what it means to lead other people?

Third, supervisors often treat the supervisory role they have as a distraction from their own work without realizing that it is the focus of their new work. Leading others is never ancillary, it must be central. In fact, this is one of the expectations that is often never communicated. When supervisors or team leaders treat this as a necessary evil, their staff read it quickly and it does not encourage them.

Fourth, most supervisors or team leaders do not know how to create clarity for those they lead as to what they are going after, what the non-negotiables are and how they will interact with one another. Lack of clarity creates conflict, confusion, lack of common direction and lack of accountability. Yet many supervisors are not taught these important skills.

Fifth, many supervisors do not empower but tend to control. Empowerment within clear boundaries creates health while control without clarity creates disempowerment. Whether because of a lack of training or a controlling nature this deficit creates dysfunctional teams.

Sixth, when team is not central, supervisors do not develop their staff. After all, that takes time and energy and the team is not their highest priority anyway. Any leader who does not develop those they lead is neglecting the leadership stewardship they have.

Seventh, many supervisors are not held accountable for the quality of their leadership of others. That means that many supervisors have no real incentive to pay attention to building the kinds of teams I mentioned above. Especially in the Christian arena (but not only) where senior leaders don't want to confront substandard work in the name of grace or niceness this situation continues to exist.

Eight and perhaps at the crux of the whole matter, senior leaders are not themselves committed to leading others with health or taking the time to build the kinds of healthy teams we are talking about. When the example and direction does not come from the very top, it is not going to be a priority for the rest of the organization. Unless seniors leaders care about the issue, it will never become an important issue in the organization.