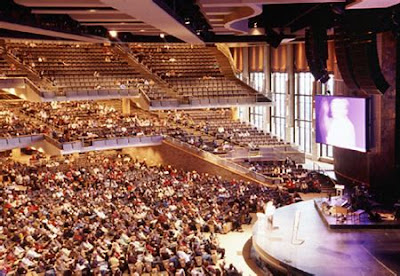 The inevitable resignation of the entire board of Willow Creek Community church today along with that of the two senior pastors is a watershed moment for church governance - and its failure. There are many lessons to be learned about what good and poor governance look like when it comes to the church. The leadership failures at Willow will become textbook fodder on governance for years to come.

One: Boards exist to protect the church as a whole and not one individual.
For several years as allegations have swirled around their senior leader the board tried to protect him even though many credible individuals came forward either who had been abused by him or knew of abuses. Yet the board chose to try to protect their senior leader rather than to uncover the truth of the claims even to the point of suggesting that the victims were lying and calling their character into question.

This is not unusual. I once did an intervention in a church fraught with conflict. There had been a string of resignations over a three year period of staff. When I asked the board why their staff members had resigned they said they didn't know. So I interviewed every one of them and it always came back to abuse by the senior pastor. When I reported my findings back to the board they hung their heads in shame. Of course they knew something but they had chosen to ignore the obvious, not ask the relevant questions and protect their pastor while painting the victims as the villains. Subsequently for this and other governance failures I recommended that the entire board resign which they did.

Boards exist to protect the health, financial stewardship and direction of the church. They are responsible to ensure that the congregation is taught, led well, protected, released into ministry and that the spiritual temperature is kept vital. They may not do it themselves but they ensure this happens. This did not happen at Willow. Actions show that through a several year period the board chose to protect their pastor over dealing with issues they knew to be present. It was a classic failure of governance which will damage the church for years and possibly threaten its existence in its present form.

This is why executive sessions are vitally important for any board even if there are no significant issues to discuss. It provides a forum where sensitive issues can be put on the table and candid discussion can take place outside the influence of the senior leader who is accountable to them. Even if this is resisted by the senior leader it should happen on a regular basis because many boards will not bring up sensitive issues in the presence of their senior leader.

Three. Individuals who cannot deal with conflict should not be put on a church board.
With leadership there is always conflict. Issues within a church that must be dealt with, differences of opinion on boards and sometimes relationships with senior leaders. Where I used to live we called the conflict resistant culture "Minnesota nice." This is the tendency not to deal with conflict. There is a lot of "church nice" on leadership boards where we don't have courageous enough people to put issues on the table and insist that the board look honestly at them. If someone cannot deal with conflict they should not serve on a church board.

Many congregations suffer for years without good leadership or pastors without adequate accountability because of "church nice" boards. Who suffers? The congregation!

This also has implications for who ought to serve as the chair of a board. It takes a strong and independent individual to serve well as a board chair. They must be able to graciously police the board, interact with the senior leader, keep the board on track and in cases such as what happened at Willow Creek, lead the board in critical conversations. When this does not happen board chairpersons need to be challenged and/or replaced.

Four. When serious issues occur the board must find the truth and speak the truth regardless of the consequences.
Christian organizations generally have a poor track record of transparency around such issues as financial impropriety, sexual abuse, leadership abuse and issues that might impact their reputation. Unfortunately, when organizations try to hide issues it causes more damage then when they admit and deal with issues.

Outsiders looking in on the actions of the board at Willow Creek have wondered about their actions during this period especially in the face of very credible individuals who have come forward with their story. Why did they not deal with issues that many others saw? The answer is simple: they were trying to protect their leader and the reputation of the church rather than trying to find the truth if it hurt either of these. In the process they destroyed their leadership (hence their resignation), hurt the church beyond what the senior pastor is responsible for and set the church up for trauma for years to come. Their "independent outside investigation" was not designed to find the truth but to protect their interests.

Five: Church boards must understand their role as a governance board.
I have to conclude that the board at Willow did not understand their role as a governance board. But they are in good company as many church boards do not. If they did, the story would have played out much differently than it did. They did not safeguard the health of the church. They did not protect the flock (or the abused). They did not listen to credible voices. They allowed their leader to manipulate them and the process. They protected the guilty rather than the hurt. They did not truly seek truth but sought to protect. In the end they caused more damage than they did to resolve their issues.

All of this to suggest that this episode ought to be a wake up call for the evangelical church regarding what good governance looks like. For the sake of the church - the Bride of Jesus.