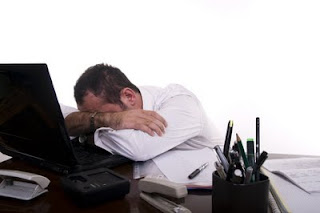 In his qualifications for overseers or elders in 1 Peter 5, Peter gives a crucial requirement – that shepherds serve “not because you must, but because you are willing, as God wants you to be” (1 Peter 5:2). Why is it so critical that leaders serve willingly? I believe it is because those nice, furry, soft gentle looking sheep have minds of their own and they may even bite the hand or foot that feeds them.

If you have been a ministry leader for any length of time you know this to be true. In fact, I believe that some of the most painful seasons for Christian leaders come when they are shot at from within their own camp. When the sheep bite our natural tendency is to kick back – hard - but that is exactly what a faithful shepherd does not do. Leaders who serve because of obligation are far more likely to kick back than those who have counted the cost and have chosen to lead in spite of the sacrifices inherent in the job.

I did not leave my church years ago because of outside difficulties but because of a few insiders who wanted me to go. My pain was not from the pagans in the community but the “saints” in the pew. And at a time when significant growth was taking place, individuals were coming to Christ regularly (one or more per week), and lives were being significantly changed. And my situation was far from unique – it happens every day in the bride of Christ to the chagrin and pain of the One who died for the bride. But it is the consequence of living and ministering in a fallen world.

In fact, I can say that the most painful periods of my leadership career have been the result of those I was supposed to be leading, choosing not to be led, choosing to bite or choosing to sow discord and difficulty for me and others. It is the reality and the price of leadership and it is one of the key reasons that many leaders choose to drop out. They are disillusioned at the source of their pain – and they should be.

In the wake of many years of ministry I can say with faith that God is fair – it is part of his character. I can also say with clarity that people and circumstances of life are often not! And that one of the burdens of serving Christ is the willingness to accept that unfairness for the sake of the One we serve and the cause He represents.

In his farewell to the Ephesian elders, Paul reminds those leaders that they will also face trouble from within the congregation. “I know that after I leave, savage wolves will come in among you and will not spare the flock. Even from your own number men will arise and distort the truth in order to draw away disciples after them. So be on your guard” (John 20:29-31).

Herein lies a challenge for those who lead God’s people. We choose this ministry because of our love for Him and our desire to point people to Him. We soon discover that many people don’t play fair, that ungodly attitudes and actions are ubiquitous even in the church and our efforts to shepherd others is often met with resistance. That is a rude awakening for every pastor and Christian leader. For young leaders it can bring periods of great pain, as it did me. And unfortunately the pain does not cease as the years pass. What can change is our ability to handle pain inherent in ministry.

It was no different for Christ whom we serve as undershepherds. He was a man of sorrows acquainted with grief. He dealt with the sadness of death and loss. At His most painful and crucial hour he was abandoned by those closest to him. People he had compassion for walked away, unwilling to pay the price of following him. When His teaching became hard for those to hear they abandoned him in great numbers. His own disciples often did not understand what He was telling them. He was maligned and his character besmirched. He was targeted by the evil one with temptation.

I am frequently amused by the long list of potential bad side affects one reads when prescribed new medication. They want you to know that in taking this medication, these bad things may happen. There ought to be mandatory courses on the cost of ministry for all those who are thinking about going into full time ministry. There are a list of side effects that unlike medications are not simply likely to happen but will happen.

This is not to discourage would be Christian workers. I would not choose to do anything else at any price. But my choice is made knowing the cost – and also knowing that this is what Christ has called me too and that my reward will not primarily come in this life “And when the Chief Shepherd appears, you will receive the crown of glory that will never fade away” (1 Peter 5:4). I also know that it is in the moments of deepest suffering that I become the person God meant me to be. Thus I have the privilege of “sharing in the fellowship of His suffering,” as I serve Him, following in His footsteps, and becoming more like Him in the hard times. There is a cost to ministry which is why I counsel people not to go into full time ministry unless they are absolutely sure that this is where God is calling them to be. The cost is high – but the benefits are higher.

And the test of our character is not how we respond when times are good but when times are bad. That is when our truest character is revealed and for those who serve as under shepherds it comes down to this: when the chips are down do we preserve or hurt the bride?

I am deeply distressed by the number of pastors and Christian leaders, who when the chips are down, when they are under pressure to leave their ministry – for whatever reason – choose to hurt God’s work in anger on their way out! Their anger may or may not be justified but hurting God’s work is never justified and when it is the local church is it doing violence to the bride of Christ.

Al pastured a church in the west. He had been with the church for over a dozen years and had seen significant ministry growth during his tenure. But as the church grew, the leadership demands also grew. Individuals tried to come around the pastor to help define direction and vision but they were resisted – he was threatened by their help. That resulted in a quiet exodus from the church over a period of several years as those who had a passion to see something more done for Christ left for places where that was happening.

At the board level, the tension mounted as board members tried to negotiate a leadership vacuum. One day, Al, came to the board angry and asked for a vote of confidence. He received no votes. His parting words to the board at the meeting was, “I may just not leave. I may take the church down to 150 (from 500) and start over.” It was a threat that the board understood all too well.

Al, like thousands of other Christian workers was at a crossroads. It was unlikely that there was going to be a successful resolution to the issue of his leadership. The question was whether he would choose to leave in a way that preserved the unity of the body or to do so in a way that divided the body. In this case, in his anger and in spite of an extremely generous severance he chose to divide the body (in spite of a written commitment not to do so). As friends came to him he told them how he had been wronged and painted himself as the victim. Leaders were unwilling to do public battle with him and further cause division so that when all was said and done, two hundred or so had left the church after Al left.

Regardless of whether Al felt justified in his actions when the chips were down, his character as a Christian leader did not stand the test and he chose to hurt the bride of Christ. He failed the test of suffering by responding to that suffering in ways that would bring honor rather than disrepute to the cause of Christ. At one time or another all Christian leaders face these choices. It is at that moment our true character and motivations for ministry are revealed. And it comes from deep inside our hearts and souls.