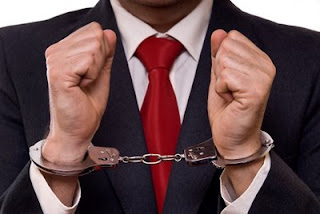 There are many congregations that make it very hard for their leaders to lead. In doing so, they severely hinder leaders from carrying out their Biblical leadership mandate, and just as importantly hinder the congregation from maximizing its ministry opportunity. Let me share a real life example that I have seen played out a number of times. While the example is specific to a staff situation, the principles apply to many situations that leaders face.

The Scenario:
A board must deal with a staff situation where a staff member no longer fits the ministry, is not performing well or is uncooperative with the senior pastor. In either case, the senior pastor or leadership board must help make a staff transition if the ministry is going to move forward. These are always hard issues for a senior leader and for a leadership board.

The board works to help the staff member move to another ministry and does so with grace and a healthy process. An announcement is made that honors the staff member and indicates that he/she will be leaving the church. Immediately, leaders start to get calls from members of the church. There is pressure to change the decision and there is pressure to explain why the decision was made.

When leaders indicate that the decision has been made after prayer, discussion and with due process, they then receive a letter from the "loyal opposition" in the church calling for a congregational meeting to discuss the situation. This comes out of a faulty understanding of "congregationalism" where it is believed that all decisions of the church must be discussed and decided by the congregation and that they have the right to weigh in on any decision. (There are several blog entries under the lable of "congregationalism" that address this issue).

This actually stems from a posture of mistrust toward leaders which is prevalent in many churches but which violates the culture that the New Testament describes for the church. Essentially it is importing the mistrust that society has for its political leaders and importing it into the church. The church, however, is to have a culture of trust rather than mistrust.

Third, how do leaders discuss staff issues (performance, cooperation, effectiveness) in public? Why would we assume that those discussions are private in the workplace but public in the church? From a legal perspective you cannot do that, nor does it honor the individual involved. So in asking for "all the information" from leaders, congregations place their leaders in an impossible bind. They are not free to share "all the information," nor should they.

Even if the information was freely shared (lawsuit anyone?) how is a congregation supposed to process that information? They are not the supervisor of the staff, they do not know the dynamics of the staff and they cannot resolve issues that there may be.