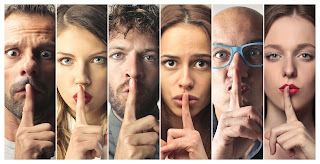 Church boards as well as work teams are notorious for their unspoken discussions! Those unspoken discussions are the issues that are present, that people know are present, but that either individual board members or the board itself does not have the courage to discuss as a board. The elephant in the room - often key issues for the church that require being named and dealt with but the culture of the board mitigates against it.

Many individuals do not like conflict and their definition of conflict is anything that might cause individual or group discomfort. So there is subtle pressure put on board or team members to be nice and not rock the boat by naming issues that are out there and need discussion. (The same dynamics can be had on almost any team.) You know that you have breached a topic that makes people uncomfortable when you put an issue on the table and there is either silence, or someone jumps in to quickly deflect the issue from discussion.

I recently read an article about Patrick Lencioni suggesting that one of the reasons that major financial institutions have found themselves in so much trouble recently is the prevailing culture on company governance boards to not deal with issues that would make others uncomfortable. So the culture of nice sabotages a culture of truth and effectiveness.

Pastors, leaders, board members or team members who choose not to speak in the face of real unspoken issues do a disservice to the organization they serve. The irony is that everyone generally knows that there are unspoken issues - they just don't want the discomfort of naming them. The hope is that the issue will just go away!

How we speak to the issues is important. If I approach an unspoken issue and put it on the table it will be best received if: There is not a personal vendetta; my words are not meant to hurt; I don't have a hidden personal agenda; I want the best for the organization; I communicate in a way that invites rather than disinvites dialogue; I say it in love; and I acknowledge that the issue may make others uncomfortable.

The funny thing about "elephants" is that once they are named they are no longer elephants. I once worked with a group around a whiteboard and asked them to name every elephant they felt existed in their organization. We filled the white board (a bad thing) but once up there we could talk about all of them (a good thing). Once named an elephant is simply another issue that we are allowed to talk about. Unnamed it is one of the unspoken discussions that we know we need to have but don't have the courage to discuss.

If you are brave, I would suggest that you ask your team or your board in a relaxed atmosphere to brainstorm on any unspoken board discussions you need to have, on any elephants that need to be named, white board them and then develop a plan to talk through them one by one.

Unspoken discussions are not discussions, just frustrations and they often hide real issues that unresolved will hurt the organization.

TJ Addington of Addington Consulting has a passion to help individuals and organizations maximize their impact and go to the next level of effectiveness. He can be reached at tjaddington@gmail.com 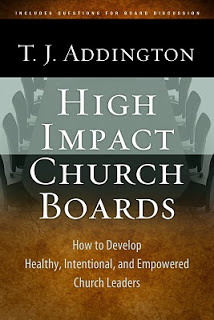