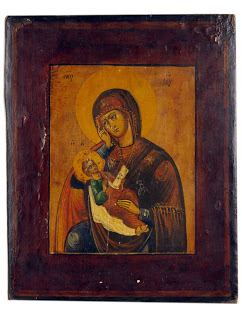 There is no more beautiful story than that of the incarnation. We have trivialized the incarnation into a nice holiday season with presents and fancy trees when the reality was stark and harsh.
The Son of God, the one who was present at the creation of the world, the one who mankind rejected to go their own way, the king of the universe, was willingly sent by the Father to become a baby in a squalid town, Bethlehem, to grow up in a working class home making furniture. Think of that, the one who had made the world, the mountains, the seas, the animals and the sky, who put the galaxies in their place is now sawing tables and chairs.

In becoming a man, in taking on our humanity, everything changed in how we could relate to God for in becoming like us and living with us for a season we could touch, hear, learn from and relate to the unapproachable God. The Apostle John put it this way, “The Word became flesh and made his dwelling among us. We have seen his glory, the glory of the One and Only, who came from the Father, full of grace and truth” (John 1:14). Never again could men and women say, “I cannot understand God” for now they had met and can continue to meet the Lord of the universe through the person of Jesus Christ.

This is not politically correct and never has been. If you read the gospels and the life of Paul you discover it was not well accepted in that day either. For the religious officials in Judea, Jesus could not be the awaited Messiah because he came in poverty and died on a cross in shame. For the Greeks and Romans with all their various “new age” type religions including statues to “unknown God’s” (just to stay on the safe side), a savior who died and rose again was nothing less than foolishness on a grand scale.

In our day, Christianity is vilified and marginalized and alternate spiritual routes are explored and embraced no matter that they contradict one another and have no basis for truth. I am intrigued by how quickly people grab on to numerous alternate spiritual routes that have no validation in history and no internal consistency, but only vague and foggy spiritual language but it is believed as truth while Christianity with its historical grounding, Scriptures and internal consistency is rejected as foolishness.

One of the lies of the evil one is that life is about us. There is another lie: that we can choose our path to God – which is a grand lie indeed since it elevates our wisdom above God’s and allows us to create our own God, our own path and our own spirituality. That is a greater lie than the first one because now life is not only about us but we have the ability to determine its destiny.

If Jesus was trying to create a popular religion he failed miserably. God does not appear as a baby, make furniture, live itinerantly without a home, befriend prostitutes and the sick and the poor and sinners. He does not allow himself to be nailed to a cross so that he can bear our sin on his own body, naked, bleeding, diminished and alone. He would not choose twelve followers who would not qualify for anything other than blue collar work and tell them to change the world (which they did). He would not choose ordinary people like us down through the centuries to keep on changing the world – which he does.

Jesus did not come as a religious guru, or to found a popular religion. He came as the Lord of the Universe, took on our bones and flesh and with truth and grace pointed us to himself as the one who could save us from our sin, give hope to the hopeless, heal the sick and lead us into a relationship with the father – through him. And Jesus and the message of the gospel have been transforming individual lives, one at a time ever since. Not in religion but in relationship.