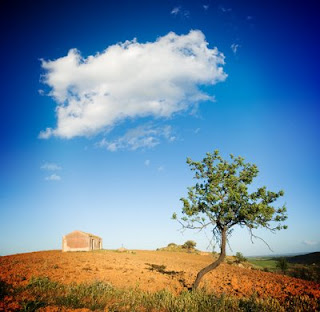 Think about whom it is that you really love to be around because they accept you for who you are, unconditionally, they stick by you in tough times and are not judgmental. Friends like that are magnets because you don’t have to prove yourself to them and they just love you for who you are. Those who grew up in homes where performance was the deal and conditional love was the culture know what I am talking about. Unconditional love is like a cool oasis.
This is why Jesus was such a magnet for people who had screwed up their lives. The more we have to forgive, the more we appreciate grace. And Jesus extended grace to those who never expected it and from the perspective of the religious authorities did not deserve it.

There was something utterly disarming about Jesus with sinners. They did not sense condemnation like they received from the establishment but unconditional love. While they may have been repelled by society at large Jesus attracted them because of his grace and they knew all too well that they needed grace.

There is a trap we face when we come to Christ. We come on the basis of his unconditional love and unmerited grace. But in the process of growing we realize that there are areas of our lives that need to be cleaned up and we work on those. We often also pick up rules that Christians are supposed to live by. Never mind that they are not rules of God but are like the “rules” of the Pharisees in Jesus day, made up by them and imposed on others.

The trap is that we start to expect that others who don’t know Christ should clean up their lives as well – when in reality what they need is our unconditional love and acceptance as people who have not found and experienced truth. This is why so many churches are not places of grace and unconditional love to outsiders but judgmental and conditional in their acceptance, no matter how subtle it is. My experience is that most churches are not friendly places for sinners. Jesus was: many of his people are not.

People crave unconditional love like Jesus gave to those around him. Because of his grace and love he could call them to righteousness and repentance and people heard and listened. When people respond to the good news of the gospel the Holy Spirit starts to work in their lives and it is he who convicts them of sin and unrighteousness (not us) and plants in their hearts a desire to live like Jesus.

As a school nurse, my wife was called the “second mom” by a lot of troubled students. Those who came to school hungry knew that she had a stash of food for them in the closet. Those who were trapped in bad relationships they knew they could come and talk to her. Those who became pregnant they knew that she would love them. I remember one time when she brought a birthday cake to school for a troubled young lady and told her to get her friends together for a party. This sixteen year old had never had a birthday party in her life and was stunned. She didn't know who to invite.

Here is the fascinating thing. Mary Ann can be blunt and truthful with these kids about dangerous and destructive behaviors and they never mind because she has such unconditional love and grace for them that she is not perceived as judgmental but rather someone who is in their corner and looking out for them. So, even after repeatedly screwing up they can come back because in Mary Ann they find security, love, grace, forgiveness and truth.

Her example has helped me grow tremendously in this area although I am not close to her league. Because of her grace and unconditional love she is a magnet for hurting people who know they will find a friend who loves them and speaks truth at the same time.