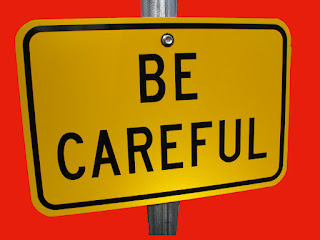 Short term missions is a widely popular practice to give our people a means of connecting with the larger world. Done well it has many advantages. Done poorly it can actually create more issues that it helps. Here is the key to successful short term missions: Putting as much attention on what it will produce for those you are serving as you do on what it will do for those who go.

Those who go on a well done short term trip experience life in ways that they have often never experienced in their own culture. Often they face poverty they have never seen before. They may be in a culture that is neutral or hostile to Christianity. And they are exposed to a radically different culture than their own, something many Americans do not often experience. I have personally seen major paradigm shifts take place in those who have participated in short term missions.

The West is a can do culture and too often, we enter into these short term adventures with too little cross cultural preparation which can result in team members doing things that they don’t realize have negative ramifications in their host culture.


Long term missionaries have seen the best and worst of the impact of short term teams which has left them wary of teams that have not been trained for the context they are going to or have not worked with them to ensure that the experience leaves something positive rather than something negative.

The United States is a very open culture with a wide latitude for behaviors. This is not true in many other cultures. For instance, one would never point their feet at another in Thailand (a major insult), and one always defers to their elders in many parts of the world. Loud speech in some parts of the world is offensive while in others it is the norm. Understanding the basics of the culture you are going to is 101 in short term missions.

Then there is the issue of money and how it is used. How money is used in short term missions is a huge issue. To give one well known example, places like Haiti are black holes of dependency, in large part because American agencies and ministries are not discerning about how they use money.

Equally important is working with the receiving hosts to ensure that what you intend to do and how you intend to do it will actually help them rather than complicate their lives and ministries. Remember that your hosts have their own work and ministries into which you are entering for several weeks. Think of adding the hosting of a short term team on top of what you already do in a typical week and you get the picture.

It is critical to work with your hosts to ensure that the team is a long term help to them rather than a short term distraction. Teams can be wonderful leverage points for workers on the ground – if there is mutual understanding as to what is needed rather than a team autonomously making its own decisions which rarely works well for long term personnel.