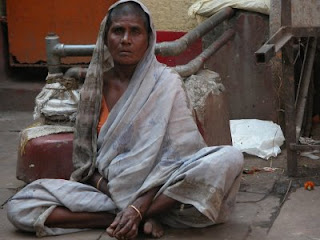 Many do not realize that there is significant persecution of believers in India. It is often overt and ignored by the authorities. Hinduism is not a peaceful faith - especially when it comes to Christianity. Below is a recent report from a ministry leader in India. I have not included his name for security purposes. As you think of the growing church in India please pray for pastors who are on the front line and God's people who are often under tremendous pressure.

From a ministry leader in India:
Dear Praying friends,
Your prayers are our strength and through your prayers we have been protected by the attacks of enemy. India has a long history of Christian being persecuted. It is the same place where St. Thomas was put to death in the 1st century AD and Graham Stains and his two young sons were burnt alive in 20th century AD.

Again, At this juncture India is going though a very difficult phase as far as Christianity is concerned. It has been a long time since Christians are under attack - physically. Many saints have lost their lives defending the faith and many churches were burnt.

It seems that the time of India has come. There are great news of thousands coming to Christ. And sure enough the enemy is not happy. It also seems that the enemy is trying to recapture his lost territory. And thus fighting a lost battle (he has been defeated of the cross of Calvary).
Literally, he has set India on fire. From Kashmir (up North) to Kanyakumari (down south) incidences of attacks of Christians are reported everyday.

Let me start from Kashmir: there has been a great unrest in Kashmir valley since last two months. The last time I was in Kashmir in June 08, I had time baptizing new believers and again this time Aug. 08 my visit along with bro. Anil and Pappu is the worst so far. We could be with the new believers just the day we arrived (Aug 22).
From the next day the separatists called for a strike and the administration has imposed indefinite curfew in the entire region. The separatists demanded that all Hindus and Christian must leave Kashmir and Kashmir must be declare as a separate nation.

Well, we were suppose to be back on Aug. 25 but there was no way to get out and get to the airport. So I took to the empty road with heavy military presence, alone, to walk to the airport which is 20KM from the place where I was staying.

God melted the hearts of the military personnel who would let me pass after just asking me where I was going. I reach the airport and I am in Delhi right now. But Anil and Pappu are still trapped in Srinagar. They also tried to walk to the bus station but were beaten up by the military and they both got injured on their legs. Since we do not have funds for their air tickets, they were planning to come back by bus and train. Now the situation is worse their and I am trying to get air tickets for them. Please pray.

Well, in Haryana, two of the NISA partners were beaten up mob for sharing the gospel with Hindus. Their houses vandalized and property destroyed. Both of them left Haryana (Nilokhedi) for a safer place.

In Delhi, a mob attached a church while Sunday worship was going on last month. The pastor other believers including women and children were beaten up and many were admitted into hospital. Later the pastor was arrested on charges of converting people. He was released on bail. The case is pending in the court. If convicted, he could face a jail term for 3 years. Skipping the many small incidences (small means nobody died) I will come to the most horrible situation in Orissa:
God is doing great and mighty things in Orissa, thus the state is on the hot list of the enemy. You are aware of Dec. last year violence against Christian. It did not stop there. It continued till date. From last few days orissa is experience fresh violent attacks on Christians in many districts.
Some reports:
NISA has learnt of attacks on numerous Christian homes and institutions in the wake of the attack on Swami Lakminanda Sarawatiʼs ashram which resulted in his death on August 23.
In a report received from Bishop Juria Bardhan, of the Believers Church in Orissa on August 24 in the morning, one of the pastors Jeebaratna Lima from Khurda district while going to conduct the Sunday service was attacked by a mob and they were almost setting fire on him after spraying petrol. He was saved on account of the timely arrival of police. He is presently in police custody.
In another incident, pastor Bahumulya Paik of Believers Church (Bamunidei, PS.Patpur, Ganjam district) was attacked on August 24 by a mob of about 100 people. Believing him to be dead, the mob moved on the attack other Christian homes, however the pastor managed to escape once he regained consciousness. He is however not been able to receive adequate medial treatment as the curfew has been imposed in the area and roads have been closed or blocked.
There are reports of other Christian who have fled to nearby forests. Pastor Bishnu Kumbhar and his pregnant wife ran into forest in the darkness being chased by a group of people and now have taken shelter in one family in a neighbouring village.
At about 9:00 pm on August 24, a mob destroyed one of the Believers Churches at Tengada Pathar in Phulbani by hurling bombs and set fire on the houses of the local believers. About 30 Christian families have sought shelter in the forests.
We have about 30 Christian families in this village. All the Christians have run to the jungle along with Pastor Aluo Jena and hiding there. Several women who were earlier belived to be missing are hiding in the jungle without and food and water and proper shelter.