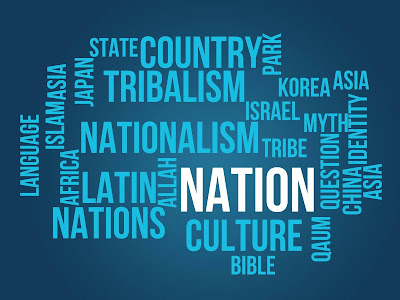 Politics today has become tribal, and frankly ugly. People demonize those who don’t think like them on Social Media with nasty, unkind comments. Christians likewise are not immune. I have been called nasty names when I have posted comments regarding racial injustice, for instance, that had no political intent at all. Our tribalism is invading the church, dividing congregations, killing friendships and creating divisions that saddens the heart of God.

This is not a new problem. Even the early church dealt with differing perspectives, world views and opinions. Paul addresses this in Ephesians 4:1-6 where he writes this: “As a prisoner for the Lord, then, I urge you to live a life worthy of the calling you have received. Be completely humble and gentle; be patient, bearing with one another in love. Make every effort to keep the unity of the Spirit through the bond of peace. There is one body and one Spirit, just as you were called to one hope when you were called; one Lord, one faith, one baptism; one God and Father of all, who is over all and through all and in all.”

Evidently there were squabbles, attitudes and opinions that threatened to get in the way of the unity of the church in Ephesus. Ironically he names four qualities that are in short supply today when political opinions are being discussed: Humility; gentleness; patience and love. In their place we often have criticism, sharp words, name calling, impatience, harshness and division. What a contrast between the two approaches.

Paul grounds this plea for unity in a far higher value than our political opinions. He reminds us of what binds us as believers together. “Make every effort to keep the unity of the Spirit through the bond of peace. There is one body and one Spirit, just as you were called to one hope when you were called; one Lord, one faith, one baptism; one God and Father of all, who is over all and through all and in all.” Do you catch the common word in this sentence. It is the word “one.”  We are bound together with a common savior, a common faith, a common baptism and a common savior. That oneness is far more important than our differences.

This is why Paul tells the Galatian church “You are all sons of God through faith in Christ Jesus, for all of you who were baptized into Christ have clothed yourselves with Christ. There is neither Jew nor Greek, slave nor free, male nor female, and I would add, neither republican or democrat for you are all one in Christ Jesus.” As Christ followers we are one tribe. His tribe. And He is greater and higher and more important than all of our ethnic or political differences.

I am convinced that many believers have a more nation centric view of life than they do a Christian world view. In a Christian world view we understand that we have a dual citizenship with our primary identification with Jesus and His Kingdom. Subordinate to that are our political views and national identity. I would suggest that today, this order is often reversed. Our politics come first - justified by how we read Scripture - and our Kingdom citizenship second which is why we see so much tribalism in the church. If you doubt that, listen to what people say about politics and what they say about their followership of Christ. There is a lot of conviction on the first and too little conviction on the second.

Both Jesus and Paul had precious little to say about the politics of their day and there was plenty of that. They were far more concerned about what it meant to follow Christ and preserve the unity of His people.

The next time you are tempted to allow political opinions to get in the way of your relationships, remember Paul’s admonition to do all that we can to keep the bond of peace and to major in humility; gentleness; patience and love with one another. We have one savior and He is greater and higher and more important than all of our differences. We have our differences to be sure but the Spirit of God has made us one indivisible family with one Lord at its head. Let’s work to live as one rather than allow tribalism to divide us. This needs to be a major teaching point in the church. We are not about politics and parties. We are about Jesus and the Kingdom.