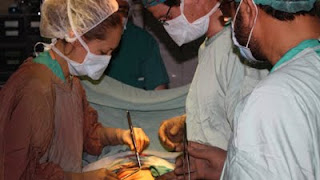 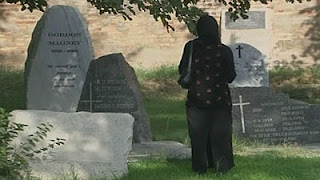 Julie Burchill writes for The Independent the British newspaper. For the August 11, 2010 edition, she commented on the critics of British soldiers’ role in Afghanistan as well as the sacrifice of Dr. Woo, one of the doctors murdered recently while volunteering to bring medical care to the citizens of that nation. She writes rather caustically, but clearly; People castrated by comfort and consumption of course feel worthless when they look at Dr. Woo or our soldiers. A man who has nothing which he cares about more than his personal safety is a miserable creature who has no chance at being free, unless made and kept so by the exertions of better men than himself.

Dr. Woo’s sacrifice was particularly significant in that she was not on duty for her nation, but for His Kingdom. Are our decisions about our faith made from the comfort of our couches of conspicuous consumption? Are we really willing to make the difference we claim we should for Christ, or is it just religion as usual? Reporting in Telegraph.co.uk Dr Woo co-founded an charity called Bridge Afghanistan and raised thousands of pounds for emergency provisions for flood victims, education projects and medical supplies.


Her medical convoy was travelling through Badakhshan towards Kabul on Wednesday after spending three weeks in the mountainous terrain of Nuristan where the medical team were delivering medical care and supplies to the people living there. Local police said about 10 gunmen robbed the group and killed them one by one. The Taliban claimed responsibility for the killings. A spokesman said the foreigners died because they were ''spying for the Americans'' and ''preaching Christianity''.


To add to the tragedy of her death is the romantic side the Telegraph reports that Dr Karen Woo, 36, British medic killed in Afghanistan was due to return home within days to get married, it emerged.