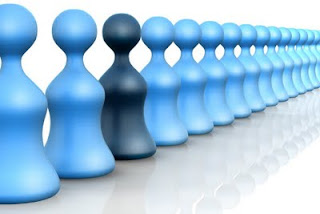 I am often asked what I think about leadership by unanimity - where all leaders must agree to a course of action before they move forward. My answer is "not much." While it may sound spiritual and well meaning, leadership by unanimity presents two very real problems.
First, it puts tremendous pressure on those who might choose a different route to change their minds under the pressure of needing a unified vote. To be the person who is holding out because they disagree becomes a tough place to be - for those who value teams working together. It is simply unfair to members who might disagree.
Second, it allows one person to determine the direction of the organization because just one vote can keep the organization from moving forward. In the best case scenario this individual simply does not agree and prefers another way. In the worst case scenario, a recalcitrant member holds the rest of the board hostage. Either way it is a net loss for leadership momentum
Far better is leadership by consensus where there is general agreement on the board and those few who are in the minority graciously agree to the direction determined. General agreement is more than a bare majority. Where a board has only a bare majority on an important issue, there needs to be more work and discussion because you run the risk of a divided board. In fact, bare majority decisions if they are frequent indicate a lack of unity and alignment on the board and signal deeper trouble