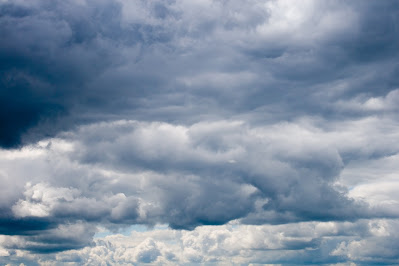 Things are not always what they appear to be!

One of the lessons of Good Friday is that what appears to be true is not always true. On this day, the cosmic battle between Satan and God culminated in what Satan thought was his greatest victory. That battle had been waged from the time of the fall when God made it clear that one day Satan would be defeated (Genesis 3:15). But on this day, Satan knew he had won. The Son of God is on the cross, alone, abandoned even by His Father, who didn't seem able to rescue Him. Thirty pieces of silver were all it had taken, the best deal ever in the history of evil.

The disciples knew it was over. Jesus' friends knew it was over. The religious authorities knew it was over - their problem solved, a rival gone. Not only that, but evil had won over good and righteousness for those who cared. For the followers of Christ, this was the ultimate sadness. They had expected righteousness to triumph, but instead, evil had prevailed. The one who had called Himself the Son of God, dead on a bitter cross. The dreams of a new kingdom were shattered. Hope itself in the person of Jesus. Gone.

Little did they know that what appeared to be the final chapter was only the beginning of a new chapter. Out of the jaws of apparent defeat, Christ would not only be resurrected, but in that resurrection, he sealed the fate of Satan, evil, and unrighteousness for all time and made it possible for the created to have a relationship with the creator. The apparent defeat was only the prelude to total victory! Things are not always what they appear to be.

Not for one moment had the events of Good Friday been out of the control of the heavenly Father, even though it looked like the Father had lost all control. He is always sovereign, and nothing under His control can ever be out of control. The world learned that on Easter Sunday but on Good Friday it could not understand.

Think about your own life for a moment. Where are the areas that seem to be out of control? Where does it feel like evil has won? Where are the areas where you feel apparent defeat, discouragement, sadness, or pain? It is easy to see the Good Friday moments in our lives when it is clear that God has not acted, and we need His help. However, it is harder to wait for the resurrection moments when God shows up, as He always does, and redeems what we thought was unredeemable - often in surprising and unique ways.

I have had whole seasons of life when it seemed that the darkness prevailed over light. I remember leaving my pastorate years ago, depressed, defeated, and convinced that I had failed. I had been caught in a power struggle where the "bad guys" won, and the rest of us left the church. I was out of a job, out of hope, clinically depressed, and even, at times, suicidal. Yet out of that experience came a new journey to understand God's grace, and a new passion for helping hurting churches so that leaders could lead with greater health and less pain. What looked like Good Friday to me, where life was hard and hope was scarce, turned out to be anything but. I came out of the experience with greater faith, wisdom, and understanding. Yes, it took a while, but it happened. I now realize that what seemed out of control was always in His control, and what seemed like failure to me was part of the building blocks of future ministry.

Whatever your circumstance, you can be sure that Easter is coming and that things are not always what they appear to be. In the end, nothing that is in His control can ever be out of control.

How do we deal with the Good Friday moments of life when life is hard and hope is scarce? Sometimes you have to borrow faith from others. When my faith is thin and fragile, I can borrow faith from someone whose faith is strong. That is why relationships are so important in the Christian family. We don’t exist alone. We need one another. When I am weak I need someone who is strong and when I am strong I can lift up the weak. Never be ashamed of needing to borrow the faith of others.

We also need to keep our relationship with Jesus current. If He is the vine and we are the branches (John 15), then we need to stay connected to the vine. There are plenty of times in life that we don’t know what God is up to and times when we are discouraged and perhaps even despair. But there is never a time when we cannot stay connected to Him, knowing that He is the source of life and hope.

Remember in the Good Friday moments this truth: “Christ Jesus who died - more than that, who was raised to life - is at the right hand of God and is also interceding for us. Who can separate us from the love of Christ? Shall trouble or hardship or persecution or famine or nakedness or danger or sword?...No, in all these things we are more than conquerors through him who loved us. For I am convinced that neither death nor life, neither angels nor demons, neither the present or the future, nor any powers, neither height nor depth, nor anything else in all creation, will be able to separate us from the love of God that is in Christ Jesus our Lord." (Romans 8:34-39).

Clearly things are not always what they appear because behind the realities that we see, there is a spiritual reality that is always present and God is always up to something. While life may seem to us to be out of control, nothing under His control can ever be out of control. That is the lesson of Good Friday. And that is true today in those areas of your life where life seems out of control.

Father, on this day the world thought that evil had prevailed. We now know that You prevailed against evil once and for all. Remind me often that life is not always what it appears and that nothing under your control can ever be out of control. Even in my life today. Amen.

The question for today: What things in my own life do I need to remember are under God’s control today?