Guest Writer: Amy, A ReachGlobal misionary in Tanzania
Whenever you drive into downtown Dar and stop at a major intersection, little boys run up to your car.  They are about 10 or 12 years old, and hold a jug full of soapy water and a piece of a broken windshield wiper.  As soon as your car stops, they splash water on your windshield, "wash" the window in about 10 seconds, and then hold out their hands to be paid.

These boys are most likely all street boys.  Runaways from abusive homes, orphans, or cast out for one reason or another, and now literally living on the street.  Which is the life that very likely my Josiah could have been living, had circumstances turned out differently for him.  And so, a couple of years ago, when one of these boys tried to wash my windshield, all of a sudden, I saw Josiah's face there instead.

And I started to cry.  And instead of shrugging him away, I paid him.  Now I do every time.

Like every other American (and much of the world), I have been thinking and praying and mourning over the terrible tragedy of 20 lost little lives in Connecticut.  But what has struck me about the situation and how it is being presented is that this tragedy is somehow unusual for our world.

Did you know that in the past couple of weeks, 700,000 refugees have fled Congo?  That they are fleeing a militia that has been bombing and burning down their villages, raping and shooting indiscriminately?  Ironically, they are fleeing into Rwanda, country where only 10 years ago, the majority tribe massacred one million of their fellow countrymen/women/children, neighbor against neighbor, and usually with machetes?

Did you know that often in Africa, children suffer a fate far worse than being gunned down by a crazy person; instead they are handed a gun, forced to murder their own parents, and then conscripted into an army to kill their own neighbors and friends? 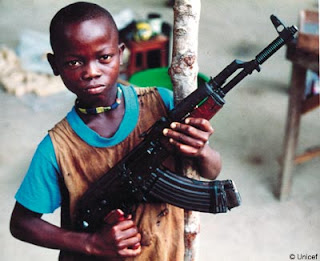 The United States will corporately mourn those 20 little lives lost on Friday, and rightly so.  But I can't help but ask, why are those little lives so much more valuable than the ones over here?  Why do people care so much about this tragedy, and barely cast a glance at Congo?  Why is anyone surprised that such an event would occur, when it has been happening in the rest of the world since Cain and Abel?

And I'm guessing it's because that people see their own children, or themselves, in the faces of those children from Connecticut.  They can imagine what it would be like to send their own little ones off to school, only to never see them again.  But they can't imagine a crazed, drug-induced militia entering their neighborhood, raping, burning, and shooting their small children, ripping open their pregnant women before handing their 10-year-old a gun and telling him to shoot his mother or die himself. 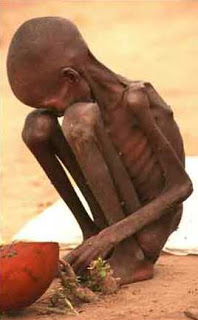 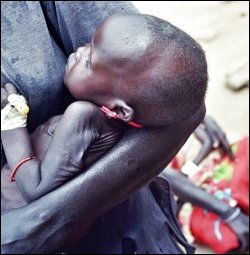 Adopting three African children has broken my heart for other African children in ways that I never imagined, even after growing up here.  I see children here suffering and I see my children's faces instead.  I think about my children starving, alone, frightened, separated from their families by tragedy, fighting in wars.  Or even just living on the street, trying to make enough money for a meal by washing car windows.

So yes, mourn this tragedy, America.  See your children's faces in the newscasts and hug your own children tighter today.  But don't forget the millions of children and families who endure even worse things every day.  Adopt a child.  Sponsor a child.  Send money to churches in Rwanda who are helping the Congolese.

And remember that we're not celebrating Christmas because of the warm fuzzies and fun and sugar plums.   We celebrate Christmas because our world is desperately, horrifically, tragically broken and our only hope is in Jesus Christ.

A thrill of hope; a weary world rejoices.  For yonder breaks a new and glorious morn! 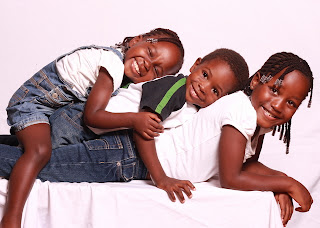