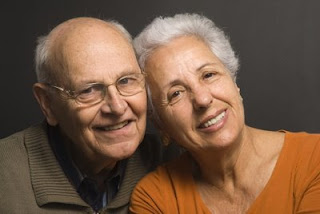 Never in history have so many people been able to retire from an occupation and have so much time on their hands!

While folks may retire from a job, there is no scriptural precedent to retire from kingdom work. In fact, kingdom work is really our primary work, no matter what our stage in life. Unfortunately, in many instances the church does not actively seek to engage encore folks other than to shuttle them into a senior group (many are way to young for that) - which is often more about recreational activities than ministry anyway.

Many of my heroes in life are encore generation individuals who have chosen to use their "freedom" to advance the kingdom in significant ways. I think of Lee who uses his resources and IT technological expertise to reach thousands around the world via evangelism on the Internet. Or Dave, who gives much of his time to church leadership, Grant and Carol who fund ministry efforts around the globe and serve their local church ministry generously.

While I have many such heroes, what I do not often see is the church actively seek to recruit and deploy the encore generation in significant ministry. The expertise, wisdom, time and resources of this generation is an unrivaled opportunity for the church to expand its ministry influence in the community and around the world.

Because the church does not seek to engage these individuals, those who are ministry driven often find their own ministry or they serve outside the local church with someone who values them - and asks them to join them in meaningful ministry. Others, unchallenged, retire not only from their jobs but also from ministry, leaving their most productive years on the table and unused for the kingdom.

If you are part of the encore generation and are fully engaged I honor you. If your ministry is not yet actively seeking to engage this generation, think about the potential for your ministry. Engaging this growing group could be a game changer for ministries.