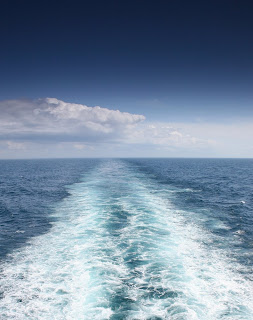 In teaching a seminar on team recently we spent some time talking about the issue of the EQ (Emotional Intelligence) of those who serve on our teams. I was fascinated but not surprised about how many of the ministries represented were struggling with people whose poor EQ were causing relational chaos on their teams.

People with poor EQ leave a wake behind them. Signs of poor EQ include defensiveness, manipulation of others, anger, poor conflict management skills, lack of understanding as to how their words or actions impact others, triangulation of relationships, narcissism, divisiveness, inability to work productively with others, inability to listen to or to empathize with others.

All of these characteristics leave a wake of pain and relational chaos behind them. Sometimes the wake is with an individual or a team, sometimes it impacts entire organizations.

There are few things that compromise the health, effectiveness or synergy of a team than a leader or team member who exhibits poor EQ. I am convinced that if they cannot be coached and helped to understand and modify their behaviors that they do not belong on ministry teams (and if I worked in the secular world I would not want them on my team there either). They are too toxic and in the end undermine everything we are trying to accomplish.

How do you spot people with poor EQ? They leave a wake behind them of broken relationships, conflict and unhappy colleagues. Generally they always have a reason why the wake occurred and it is never their fault. Where there is a pattern, you know you have a problem.

Our evaluation is not about motives but about behavior which negatively impacts others and our ministry. When someone cannot or will not take responsibility for their own behavior in conflict but rather ‘demonizes’ those they are in conflict with, you know you have a real problem.

Perhaps the most difficult EQ issue to deal with is that of narcissism. People who are narcissistic believe that life is about them, that they are always right, that they have an inside track on wisdom and that problems are never their fault. That perspective on the world causes a narcissist to use other people, not listen to them, discount the input of others if it does not fit their world view and marginalize anyone who might disagree with them (they are the enemy). Given that view of the world, it is almost impossible to gain a hearing in order to help them to understand the pain they cause or to help them become healthy human beings.

I am a believer that we ought to be redemptive where we can be in ministry. That means that where we encounter poor EQ we are upfront and honest with the individual involved and give them a chance to modify behavior. I have seen surprising outcomes in those who have chosen to look in the mirror, listen to those who can help them and grow in their understanding of themselves and their treatment of others.

My experience has been that in about 50% of cases where we have had significant EQ issues, we have been able to help people grow and become productive with honest feedback and significant work with a professional. Rarely have I seen success in the case of those who suffer from narcissistic personality disorder.

I am also a believer that our ministries need to be healthy. Only healthy people can produce truly healthy ministry outcomes since relationships mean everything in ministry. Thus where it is not possible to help an individual with EQ issues, we will move them off of our teams. To do otherwise is to hurt the rest of our organization and to violate people. Much chaos, conflict, and unproductive behavior could be eliminated if we paid greater attention to the EQ of those who work in our ministries.