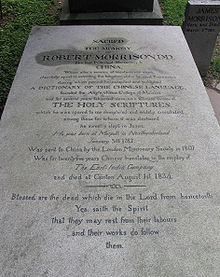 We often hear spectacular stories of large numbers of people coming to faith around the world. Yet, many missionaries literally labor for a lifetime seeing only a few people come to Christ. How do we deal with our disappointment when we have given years, perhaps decades to the spread of the gospel and so few have responded in our context?

One response that I have observed is that we simply quit expecting God to do anything significant. We literally give up hope, downsize our expectations and in live with quiet sadness. In some cases I have seen workers become cynical of God who promised that we would see much fruit (John 15). It is easy to ask in these contexts whether it is worth the effort we have made.


I believe that Paul would give us another answer. He would tell us that God can do far beyond anything we could expect or imagine (Ephesians 3:20 ) but would then remind us that some water and others reap (1 Corinthians 3:5-9). I also think he would remind us that God's timetable is not always our timetable. When we are promised fruit we are not given a timetable for the fruit.

The early missionaries to China labored for decades without seeing much fruit. What they did not know was that even as missionaries were forced to leave China in 1949 that the church would explode. They watered and went to their graves without seeing much happen but in God's timetable their labor and the seeds they watered came to amazing fruition.

I remember the many times I visited the grave of Robert Morrison as a child in the cemetery in Macao (1782 - 1834). Morrison was the first protestant missionary in China and in his first 25 years he translated the Bible into Chinese and baptized only a handful of believers. Having lost a wife and a child, he worked in circumstances we cannot easily imagine today, and he never saw this side of glory the result. But in eternity he did. How many millions of Chinese will be in heaven whose true spiritual father is Robert Morrison because of his tenacity in cracking hard soil for the gospel?


"In June, 1834, he prepared his last sermon on the text, 'In my Father's house are many mansions.' It was to show how much of the joy of the eternal Home would 'consist in the society formed there ; the family of God, from all ages and out of all nations.'"(Wikipedia).
The same stories could be told about countless places where the gospel took long to gain a foothold but once it did, it flourished - long after those faithful workers had left the scene.


Morrison took comfort and encouragement from Revelation 7:9 which talks about those from every nation, tribe, people and language who will inhabit heaven. That includes those places where the soil is hard today but where one day there will be a wonderful harvest. We don't control the timing but we can trust God's promise that there will be a harvest and often when it comes it is far greater than we could ever ask or imagine because we labored in the hard years.

Here is the lesson that can be learned from mission history: We will see a harvest, perhaps here, perhaps in heaven but the harvest will come. We are optimistic about what God will do, even if He does not do it on our watch. Those who harvest later stand on the shoulders of those who worked so hard in the lean times. They will have a great reward for persevering when the soil was hard, planting seeds that later sprouted in large numbers.

To those who labor today among the Islamic peoples, often deeply resistant to the gospel I would say, hang in there. Their harvest will come as well and we are seeing perhaps the first trickle of what God intends to do among a billion Muslims prior to His return.


Our disappointment can be mitigated by believing God's word that the gospel will prevail, that there are those who sow, and water and those who reap and that His power working through us is the same power that raised Christ from the dead! If we believe Him, the harvest will come whether in our day or in a future day. Our human disappointment is not divine disappointment because nothing can stop the spread of the Good News and the power of the Gospel.


Morrison was buried in the Old Protestant Cemetery in Macau. The inscription on his marker reads:

Sacred to the memory of Robert Morrison DD., The first protestant missionary to China,
Where after a service of twenty-seven years,
cheerfully spent in extending the kingdom of the blessed Redeemer
during which period he compiled and published
a dictionary of the Chinese language,
founded the Anglo Chinese College at Malacca
and for several years laboured alone on a Chinese version of The Holy Scriptures,
which he was spared to see complete and widely circulated
among those for whom it was destined,
he sweetly slept in Jesus.
He was born at Morpeth in Northumberland
January 5th 1782
Was sent to China by the London Missionary Society in 1807
Was for twenty five years Chinese translator in the employ of The East India Company
and died in Canton August 1st 1834.
Blessed are the dead which die in the Lord from henceforth
Yea saith the Spirit
that they may rest from their labours,
and their works do follow them