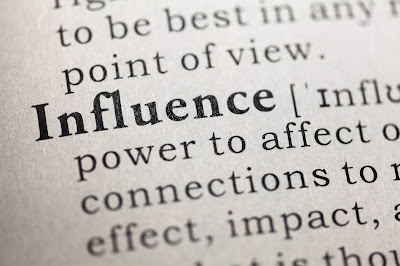 I beg to differ. I have written previously that the best influence is from our lives and not from our position. If we believe that positional authority and influence are one and the same, what do we do with someone like Barnabas whose influence made Paul what he became - and who probably had little or no positional authority. Or think of the average lay individual who has huge influence with many people without any positional influence.

Certainly in missions, influence is far more important than authority. In fact, in most ministry situations our position allows us to possibly tell others what to do (often not a good way to do leadership) but non staff or those around us don't particularly care about our position. What they do care about is whether we have a heart to help and serve them. Furthermore, people don't listen carefully to those they don't respect and respect comes from the quality of our lives rather than the position we hold.

Relying for influence on our positional authority is a big mistake because we can be badly mistaken that our position gave us influence when in fact it may or may not. Influence comes from healthy spiritual, relational and emotional intelligence. It also comes from a kingdom heart that desires to serve others more than it desires to serve ourselves.

It is the way of Jesus who had no worldly positional power. Nor did it seem to bother him. His self image was not wrapped up in position but rather gave up his position to have influence with those who deserved none of it (Philippians 2).

It is easy to chase the wrong prize in life. Chasing positional authority for its sake is not a worthy prize. Investing our lives to bring influence for Jesus is the ultimate worthy endeavor.

I often ask people who was the most important person in the New Testament outside of the Gospels. The answer is almost always Paul. Personally I wonder if it is Barnabas who came alongside Paul when no one else would, loved him, believed him and invested in him. It was all about influence and it produced (in God's Spirit and providence) the greatest leader in the early church - at least in the spread of Christianity and the clarity of theology.
This ought to be a great encouragement to all who don't have positional authority in their lives and ministries. The good news is that our influence is far more important than our position and we can have influence from any place God has put us. In many churches, for instance, the people of greatest influence have no authority. Rather, they are people who speak wisely, serve others and model what a Christian ought to be.