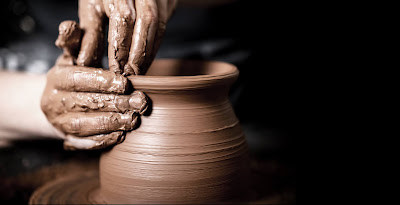 I meet many individuals in ministry who are in a hurry! A hurry to make their mark. A hurry to have influence. A hurry to prove something to someone that they are somebody and something. In their hurry, they often get out in front of God, circumvent what He wants to build in their lives and end up being less of what they could be had they been patient and waited for God to do His work in them.

Consider the characters we read of in Scripture. Jacob, for instance who was impressed enough with his abilities and dreams that he angered his brothers who sold him into slavery. Once in Egypt he ignored the advances of his master's wife and ended up in jail - for a long time. He, who would become second only to the Pharaoh of Egypt, lived in obscurity for many years as God built him into who He wanted him to be. He was in a hurry when he was young but God was not. And what God built in his heart during those years was amazing.

Moses was a guy in a hurry when he was young and his encounter with an Egyptian slave master whom he killed caused him to run for his life at forty. For the next forty years he tended his father in law's herds till at 80, he was ready for his greatest assignment. By that time, Moses was not in a hurry but God knew he was ready and drafted him over his many objections.

This week, I heard of a pastor who years ago, took members of the church he pastored to start another church. He was not patient enough to do the hard work to bring all his people along, so he split. Today he says this. "I was in a hurry when I should have been patient. These past years have not gone well and it is all my fault. Had I waited, things would have worked out in the original church but I had something to prove and it didn't work out well." He had tried to get ahead of God and in a moment of humility admitted that he should have waited and allowed God to work. His new church never worked out well and they will probably not survive much longer.

Don't try to outpace God. Even Paul, after his conversion had some years of obscurity as he was coached and prepped by God for his major assignment in spreading the Gospel among the gentiles.

When we are in a hurry we miss out on what God wants to do in our lives. Depth takes time. It cannot be hurried! Many leaders mistake short term success for long term effectiveness. This is often true of highly gifted ministry leaders who are so driven to prove they can succeed that they do not take the time to develop a deep core. They settle for surface wins.

We may be in a hurry but God isn't and His timetable is the one that will allow us to have the greatest impact. 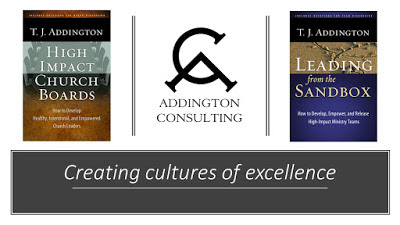