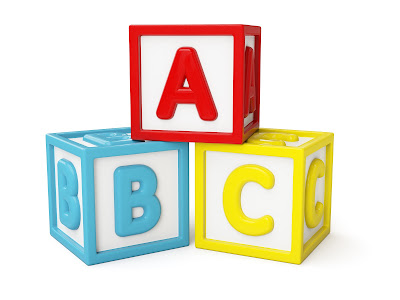 Potential or current team members can be categorized as A, B or C Team players. This is not about being a good or bad person, but about being able to play well on your team.

A team players have qualities such as being self-directed, highly competent, committed to the team and hard working. They are committed to your values and mission, require little management, and are results-oriented. A Team players have high EQs, work well with others, and have good self-awareness. They live and breath the culture and the mission.

B Team players are committed to the team, work hard, buy into your values and mission, are results-oriented, and have high EQ, but may require more direction. Generally, B team players are not as creative or entrepreneurial as A-Team players, but given concrete direction, they will do their work diligently and faithfully.

C Team players may or may not be competent (some are very competent and may even be  'stars'). But they have a fatal flaw that disqualifies them from serving on your team. Disqualifiers include lack of tangible results, laziness, lack of buy-in or adherence to your mission or values, low EQ that disrupts relationships on the team or elsewhere, inability to work productively as a team player, or immaturity requiring constant management.

Let me say what many in the Christian world are unwilling to say: C Team players do not belong on our teams no matter how 'nice' they are or how long they have been with you. To allow them to stay is to condemn the rest of the team to frustration and to compromise the mission of the organization. Remember, we are using God's resources to further God's Kingdom. We have a responsibility to our donors, to the Kingdom and to the mission of the organization to ensure that we deliver on the mission.

The question one needs to ask about C Team players is whether the fatal flaw can be dealt with so the individual can move from a C Team player to a B Team player. It is possible that people operating at a C Team level in terms of results are in the wrong job (wrong seat) in which case you may want to do some testing and try an alternate job if one is available. What is not wise is to leave an incompetent person in place. Your credibility as a leader will be legitimately tarnished with the rest of your team if you do not deal with performance issues - or other fatal flaws.

No matter how competent an individual is, if they don't live your values or believe in your mission, they don't belong on your team. Your culture and mission is sacred and those who don't live both do not belong on your team. Culture is fragile and critical. Those who don't live the culture are hurting you no matter how smart and competent they are. This is evidenced in many ways but especially how they treat other people. No one who violates others should be on the team. They will destroy your team. Anyone who uses people like objects rather than appreciating them as people will help you build a healthy culture.

Before you decide that someone is a C Team player, ask the question of whether they have ever been coached or mentored. And, whether anyone has ever been honest with them regarding issues that are problematic. If not, you owe it to them to put them through a process to see if they can be retooled and brought up to a B Team level.

A and B Team folks are the heart of any good team and organization. In some higher-level jobs, you will need A-Team players. In many jobs, a solid, faithful B Team player is exactly what you need. Know that you need and work to fill positions based on that need.

One of the realities of organizations is that someone who is an A or B Team player at one phase of an organization's life can slip to a B or a C at another. Most people have a built-in "capacity ceiling" where they cease to be effective.  Thus a youth worker who was a star when she had 20 youth in her group (she could personally relate to 20) starts to slip when she has 60 (she cannot relate to 60 and is not able to build a team to help her).

It may be a case of not being able to multiply themselves so that they can lead a larger number of people or it may be they have just quit growing (an all too common scenario). If coaching and mentoring do not solve the issue, you may have to move them to another seat on your bus or help them, redemptively, find a seat on another bus. What you cannot do is allow someone to function at a sub-standard level without directly impacting the rest of your team and the results of your ministry. At any stage of your ministry's life, having the right people in the right seat is critical if the ministry is going to develop to the next level of effectiveness.

Your first responsibility as a leader is to ensure the health of your organization while always acting redemptively when a change is needed. People who are not doing well are usually not in their sweet spot, and they often know it. To leave them there is not fair to the organization, to others on your team, and in the end, is not in the best interests of the one who cannot play at the level they need to play at.